Hello, My Name is Curt.

Curt
Synonyms:
adjective: short, brief, terse, abrupt, concise, brusque
If you describe someone as curt, you mean that they speak or reply in a brief and rather rude way. (googledictionary)

I did it again. My husband was on the receiving end of my curt responses. Do you have moments when words fly out of your mouth before you've softened them? We were in a hurry, again. I was trying to accomplish all that is necessary when taking three little ones out to run errands. Tummies full. Diapers changed. Coats on. Socks...

We had twenty minutes to get Sophie to her haircut appointment. Instead of eating lunch ourselves, Judd and I busied ourselves meeting the needs of our girls. Lunch for Mom and Dad would have to wait.

It was a simple question Judd asked. "Are you and I going to grab some lunch on the way to Sophie's hair appointment?" "No! Don't you see what time it is?" I curtly replied with an implied, "duh". Instantly I felt a prick in my heart. This was one more rude response in the string of replies I'd given Judd. I was so focussed on my objectives of being punctual and having a stress-free outing, I was steamrolling over my family in the process.

Judd told me he didn't like the way I was talking to him. He shouldn't have had to say anything. I already knew I was wrong. I quickly, and sincerely, apologized, but knew my rudeness stung him, and a fast "sorry" wouldn't suffice. I let a few minutes pass then took his face in my hands. I looked deeply into his eyes and told him how very sorry I was for being rude. I told him I didn't like the way I talked to him either. I kissed him and hugged him tightly. Accepting my apology, he released the offense. 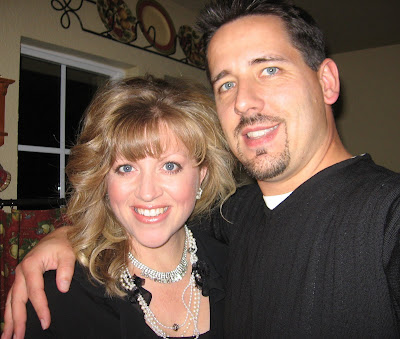 I don't want to take my husband, family, or friends for granted. I want to live life with graciousness and gratitude. I want to place people above my need to complete tasks. I want to be found worthy of my daughters' imitations.

"He who guards his mouth and his tongue, guards his soul from troubles." Proverbs 21:23 (New American Standard Bible)