Dreaming of this Master Bedroom

I've had the same old comforter and dust ruffle in my master bedroom for years. It's time for an update. Hello, Anthropologie! I've been drooling over their Cirrus duvet set (in grey) for years. My friend, Laurel, from http://glitterandbliss.blogspot.com/ has this in white. I love rouching and the steel blue/black color scheme. Although I do enjoy sewing, I admit, this duvet project seems daunting. I'm just not sure my sewing skills are good enough to pull this off, but the $300 for just the duvet and two shams is a big motivator for me to try. 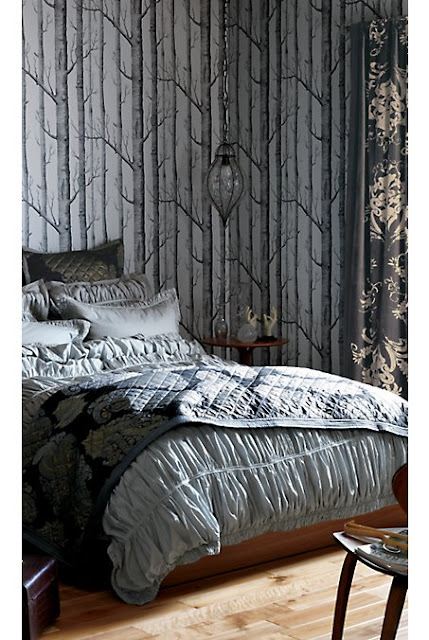 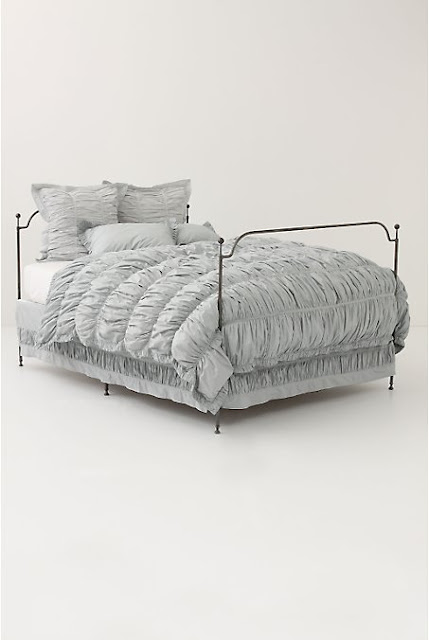 I don't care for their dust ruffle. I'd probably make mine black, long, and gathered.

West Elm carries a cheaper version of this coming in at $180 for the duvet cover and two shams. 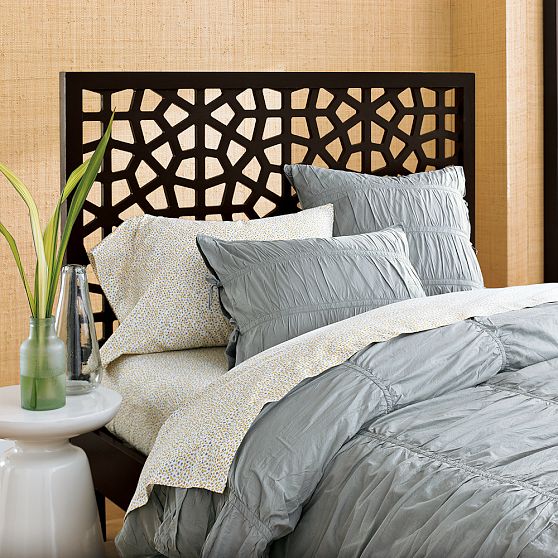 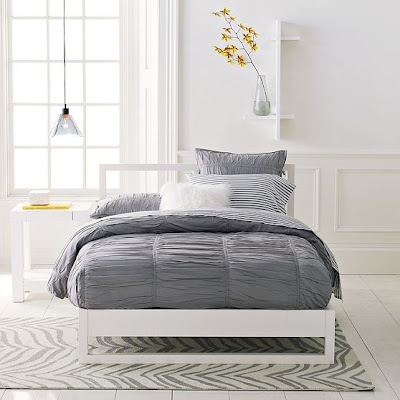 But, this is a duvet cover, and I'd have to go buy the duvet insert since my current comforter is too big to fit in this cover.

What's a girl to do? Hmmmm?
Labels: Sewing