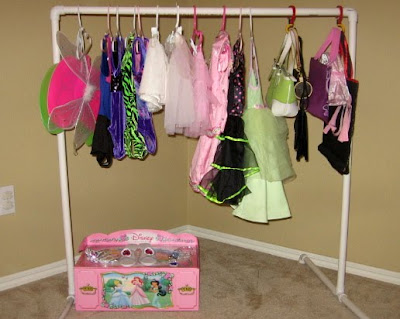 My three year old daughter, Sophie, loves to dress up in little costumes. She changes clothes at least five times a day. She has an assortment of fairy wings, tutus, twirl skirts, a Chinese Kimono style outfit, several gymnastic leotards, and a few princess dresses. Of course she also has the bunny ears, rock star headphones and gloves, jewels, shoes, and tiara accessories as well. 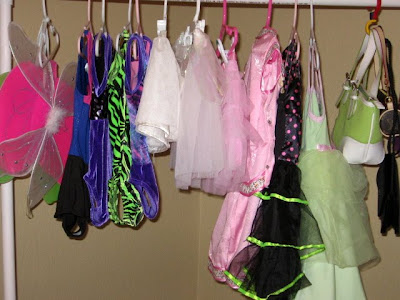 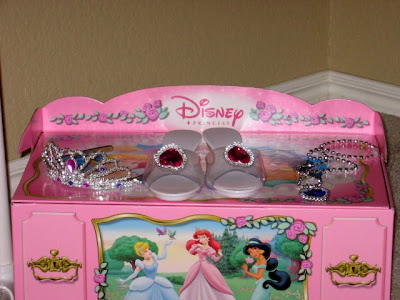 Originally, I kept all of these costumes in her closet. I got tired of having to pick up all her regular clothes which became disheveled while she played with her dress-up clothes. I built her a kid-sized clothes rack for her costumes and moved it into the corner of the playroom.

This project cost about five dollars and only took about 12 minutes to make. All of the clothes rack parts are made from 3/4" PVC pipe and joints found at my local Lowe's store.

The rack requires two T-shaped joints and six elbow joints. I had two long sections of PVC pipe I cut up for the legs, supports, and clothing bar. 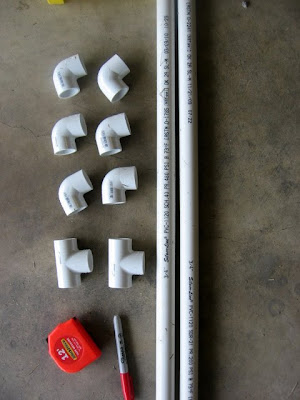 At first I tried to cut my long PVC pipe down into smaller sections using a saw and miter box. That proved a bit challenging. 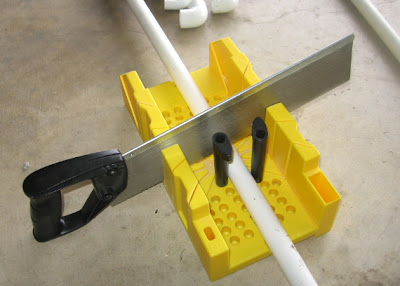 Fortunately my husband handed me this nifty little red-handled wire thingy that cut through the pipe like a hot knife through butter - eeeeeeasy. 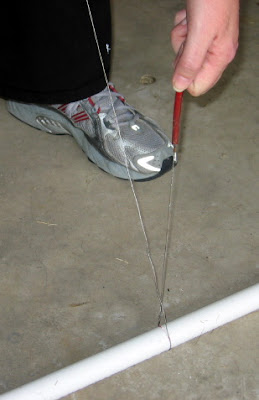 After I cut my pipe lengths, I just stuck everything together. I didn't glue it because I want to be able to disassemble it. 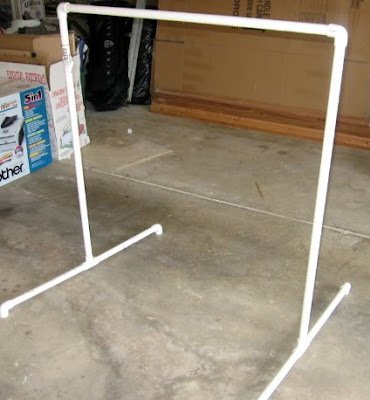 Sophie loves having easy access to all her costumes. She spends at least an hour a day dancing like a princess in her playroom with her sisters, me, or her daddy. 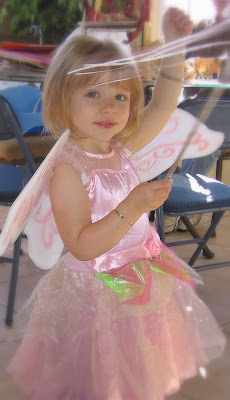