3 Little Chicks at the Splash Pad

It's been over 100 degrees for twenty-some days in a row. This morning a friend and I decided to bring our six collective children to meet up at a splash pad park where the kids could play together in various water features. Unfortunately, upon arrival we were told that someone let their dog poo somewhere in the water area so it was closed for cleaning. We let our girls play on the playground instead. Then, one of our local news stations showed up and interviewed us about the splash park section being closed. Of course they did! We had just played with our kids for over an hour at the park where it was hot and muggy. We were sweaty. It was 9 AM, I had zero makeup on -- perfect time for an on-camera interview -ha! 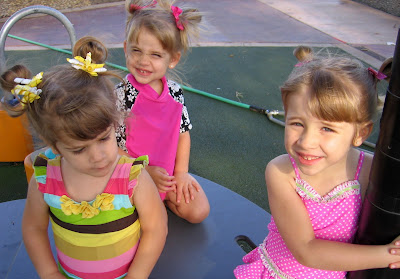 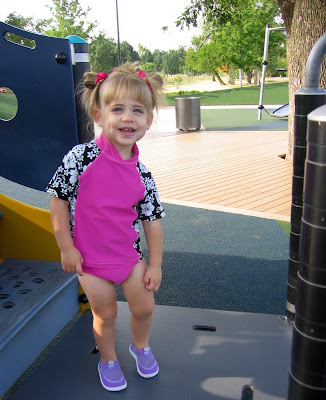 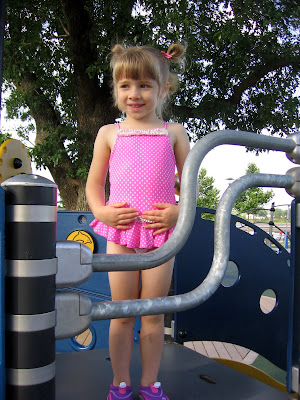 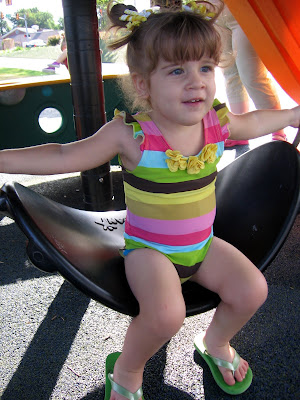 Riley
We think Piper resembles Sophie. The final two pictures are of Piper, age 30 months, and Sophie age 26 months (taken 2 years ago at the same park wearing the same suit).

﻿
﻿ The splash pad area will be closed for at least 24 hours since they had to shock the water. After talking with the worker there, I now know they double filter the water and keep it sanitary. Good to know. : )