Cupcakes for my Birthday Girls

My twin girls, Piper and Riley, turn two today. Sophie wanted to help me make their cupcakes. In the past I poured over various recipes and tried three or four different kinds in an effort to find the perfect one. This year I decided just to use a boxed cake mix and just doctor it up a bit. To a yellow cake mix I added 1 teaspoon vanilla, half of a teaspoon lemon juice and 2 tablespoons sour cream (to make it moist) along with the ingredients it already called for. I bought buttercream frosting and mixed in a few drops of red food coloring to make it pink. 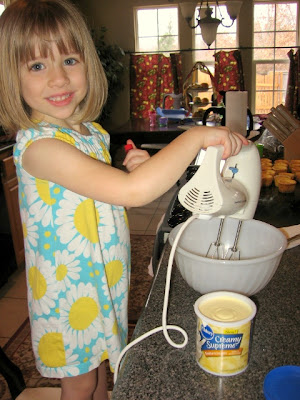 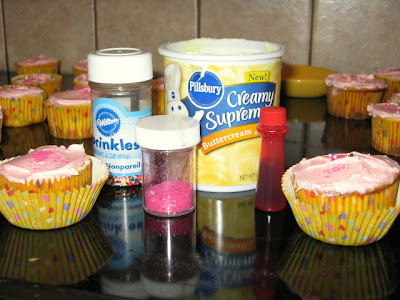 Sophie's favorite part was putting the rainbow candy sprinkles on top of the icing. Her idea of "enough sprinkles" and mine were quite different.


After hundreds of little candy sprinkles rolled all over the counter and floor, I decided we should switch to only using pink sugar glitter. 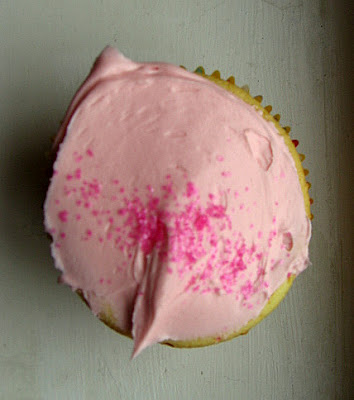 I'm sure Piper and Riley won't really care which type of cupcake they end up with - they all taste delicious.
Labels: Recipes