Dining Room Before and After

This is how I changed my formal dining room from luscious red to aged faux. 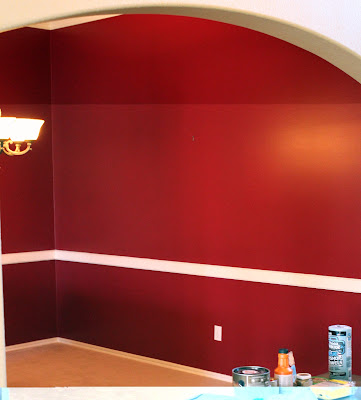 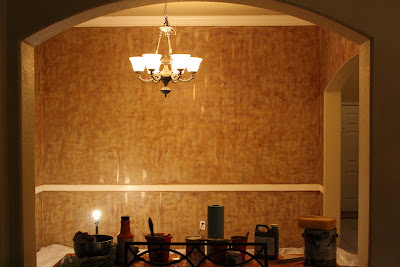 I used these pictures found on Pinterest as my inspiration for technique (not color): 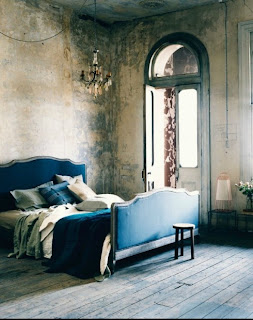 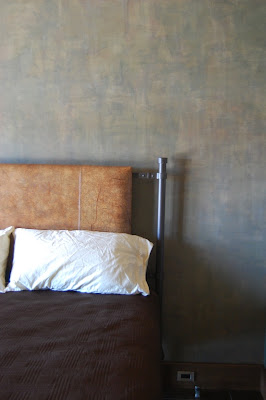 
My husband used a roller to paint the ceiling with the Behr Paint in Shelburne Buff - full strength - not diluted and I worked on the walls. First I used Behr Paint and Primer In One (Benjamin Moore color in Shelburne Buff) diluted with water and Martha (Stewart) Living Faux Finishing Glaze (clear - no color). 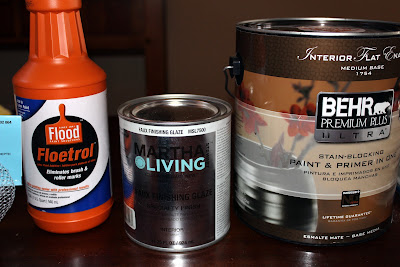 I brushed that on using a 3 inch brush. Yes, I painted the entire room with a brush. I used mostly vertical strokes with some horizontal strokes too (no diagonals, no sponge, no swirls). I was going for a very specific look. I wanted the red to peek through so I wasn't trying to cover every bit of red color. 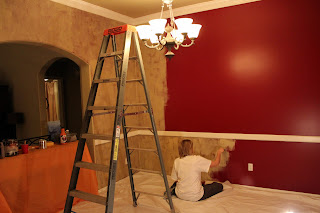 Next, I hand-brushed on a layer of brown glaze. I used Valspar Translucent Color Glaze in Mocha. 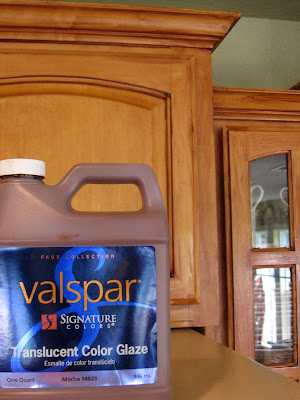 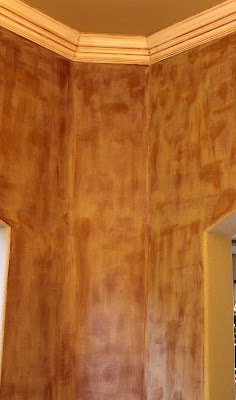 ﻿
Finally, I brushed on a few swipes of Martha (Stewart) Living Metallic Paint in Vintage Gold mixed with the clear glaze. I didn't want the gold to overpower the rest of the colors. It was just an accent brushed on here and there to create a little more drama and light reflection. 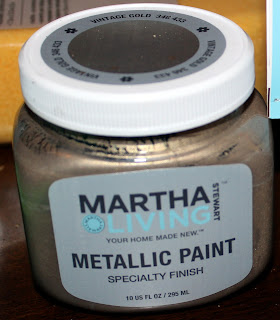 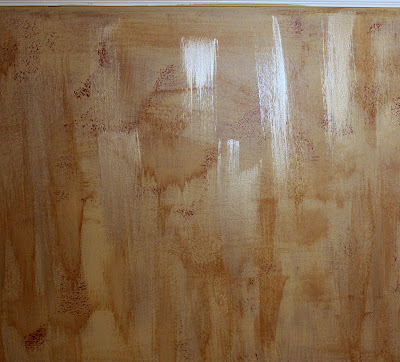 And we ended up with this: 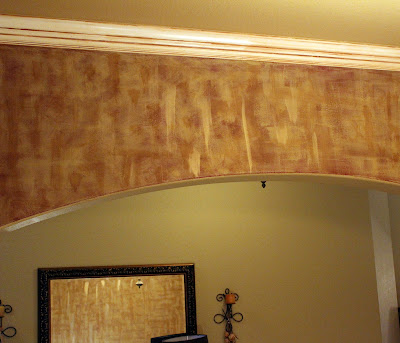 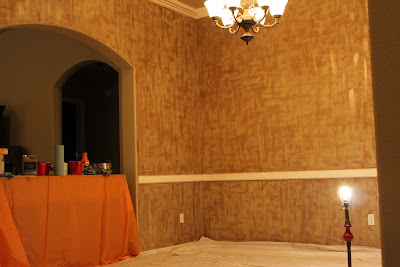 Before - I know the red is pretty, but the light remained off almost all the time. The room was a dark, cold space and we never used it. 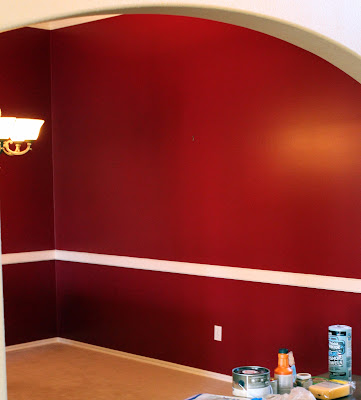 After - This room is being transformed into my new sewing room. It's brighter, lighter, warmer, and inviting. I basically live in this space now and love it! 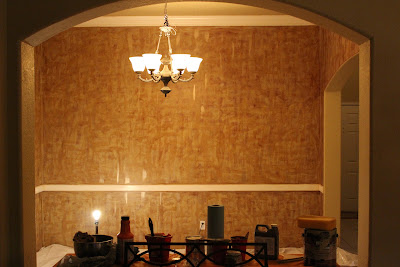