Priceless Treasure Found in My Attic

Shredded and twisted Christmas paper had been hauled off in bags to the curb. Extended family members returned to their homes after gathering for food, gifts, and games. The decorations were taken down and Judd returned the stuffed tubs and totes to their spaces up in our attic. While rummaging around he spied a box, untouched since it was placed there eight years earlier when we moved in.

Curious, Judd carefully slit open the yellowed-with-age packing tape and peered inside. A smile upon his face he quickly grabbed the box and called to me as he descended down the dusty attic ladder.

From within the box he first removed our black college graduation gowns and honor cords (Judd's honor cords -- I didn't earn mine because one math teacher decided that in order to earn an 'A' in her class one needed a 94%. I earned a 93%, and that one grade, in that one course, kept me from graduating with honors -- but I digress -- and I'm not bitter -- anymore).

Next from the box Judd pulled out his gray ski bibs. "That's where those things have been!" he declared as if he'd just seen an old friend. And finally, and most importantly, Judd gingerly revealed priceless treasure -- three baby dresses with sales tags dangling, a decade old and never worn. We stared at each other and could not contain our joyful laughter.

As the years passed, and we still had no baby, we clung to God's promises and trusted in His faithful love toward us. I whittled the baby clothes down to three items, the three little dresses we loved the most. We hung those dresses in our master bedroom where we could easily see them. We thanked God for giving us a baby who would wear those dresses.

More years ticked by. Judd and I built a home. We moved in just days before Christmas 2003. We volunteered to host Christmas for my entire extended family five days after we moved in. What were we thinking? We were in a hurry to unpack. The precious dresses were in the bottom of a box labeled, "miscellaneous" which was thrown in our attic and forgotten.
---------------------------------------------------------------------
With God's wisdom and grace and the help of fertility doctors, we had our first baby girl in 2007 and twin daughters in 2009. Sophie, our now four year old, and Piper and Riley, our almost three year old twins, wanted to hold the dresses. It was only then that Judd and I realized how precisely God answered our prayers. When we had prayed for God to give us a child to wear those dresses, we were only thinking of one baby. When you are starting at zero babies, you tend to focus on only getting the miracle of one baby. God filled all three dresses by giving us three daughters.

Hearing the sweet story, the girls asked to wear their dresses. Although the garments were intended for infants, I decided it couldn't hurt anything to let them try to put them on and wear them as shirts. And they fit -- as shirts -- beautifully. Nothing about the creation of our family has been normal, so why should the timing and manner in which the girls wear these outfits be any different? 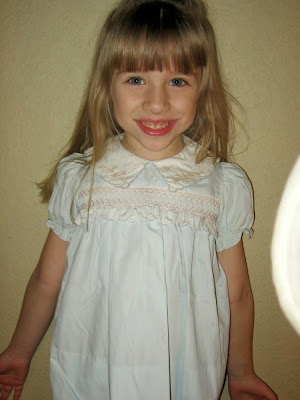 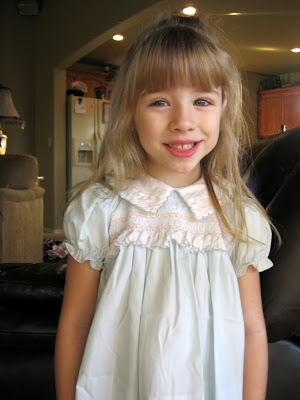 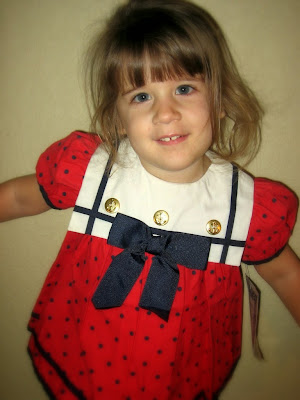 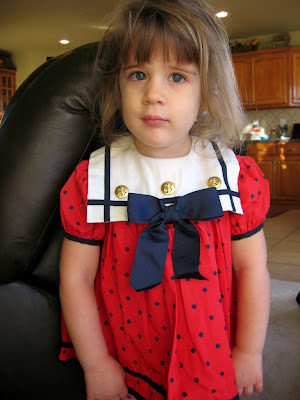 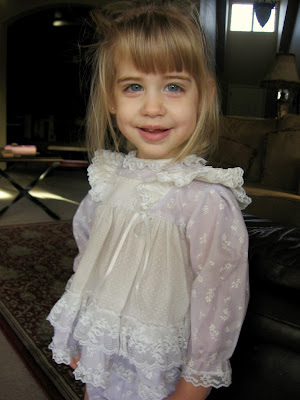 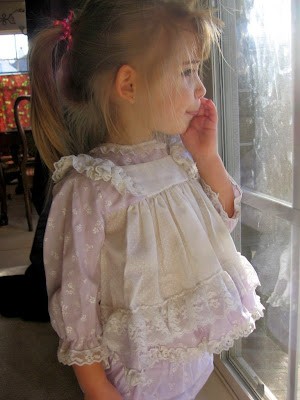