While perusing the aisles at Bed Bath and Beyond, I fell in love with this fabric shower curtain by Amy Butler in "Sari Bloom". It was discontinued (though you can still buy it from Amazon and Ebay), and was on sale. By using a coupon, I ended up only paying about $10 for it. The shower curtain provided the color scheme for the girls' bathroom. 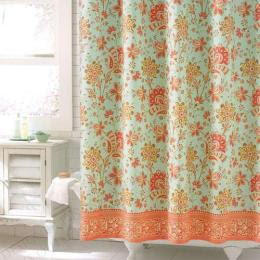 Judd framed out the builder's grade plain mirror and painted it with Benjamin Moore paint in Dove White. 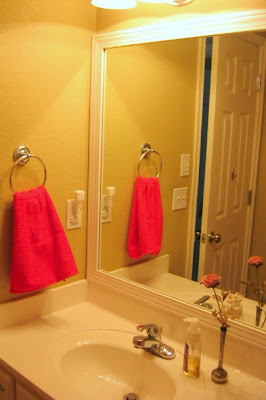 The bathroom used to have just a standard, plain, chrome-colored towel bar similar to this: 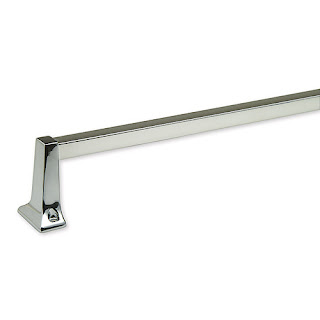 We wanted to make the bathroom user friendly for the girls, so Judd built them a shelf with towel hooks. He also painted it Dove White. Then, I purchased some picture frames from Target and dry brush painted them with Bubble Gum pink acrylic paint. The framed photos identify whose towel is whose.﻿We picked up some pinkish-red towel sets from Target in Lollipop Red. 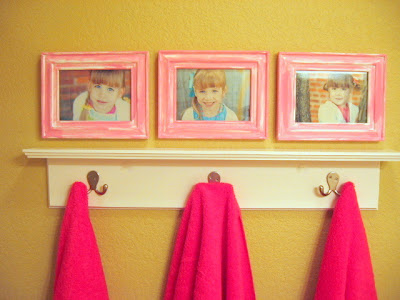 Not pictured, is the plush blue bath rug I picked up at JC Penny's home store several months ago which matches the blue in the shower curtain. 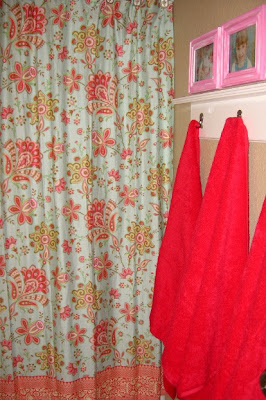 I really need to buy a new camera. This looks like the towels clash with the curtains, but they don't. Hopefully, you get the general idea.﻿ Easy changes upgraded and personalized what once was a boring standard bathroom. 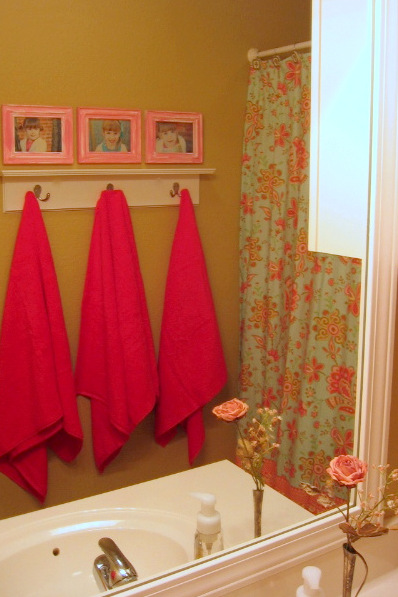