Our Summer Visit to the Hatch Farm

My in-laws live on a farm in northwest Nebraska just 18 miles from the South Dakota border. Last week we made the 13 hour drive so we could spend time with them on their farm. Because Judd's dad, Dave, is recovering from shoulder surgery, we extended our visit so Judd could help out around the farm with all sorts of chores and projects.

Judd was able to get much accomplished and couldn't have been happier fiddling around with manly man equipment and tools [insert manly grunts here]. He used a backhoe, built the roof on a very large outdoor dog kennel, assembled a new swing, organized a garage, replaced light bulbs in the barn, leveled the front door and replaced the handle. Judd hauled and placed heavy metal cattle panels to secure cows in a pasture in South Dakota. He repacked wheel bearings and grease in a tire from the cattle trailer. He used an air compressor, drill, electric screw driver, files, hammers, etc. throughout the week. Judd shot rifles and pistols (more manly grunting) and had a fantastic time. You'd never know he spends most of his days in an office building as a financial adviser in the the city of Tulsa. 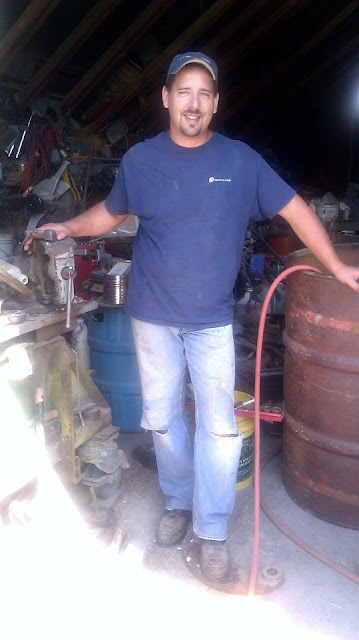 We took the girls swimming at the same pool Judd worked at as a lifeguard when he was 17 years old. 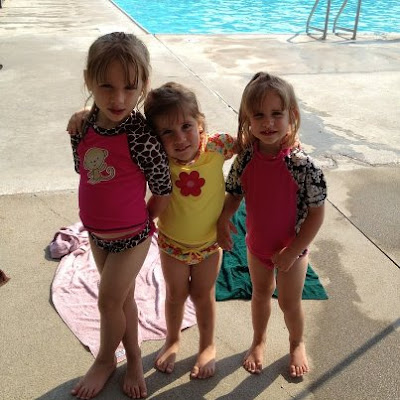 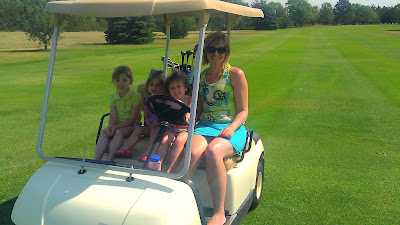 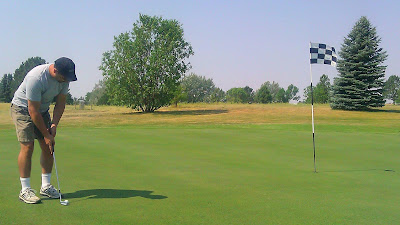 We visited lots of family members and played several card and board games. There was an official Hatch family reunion and an unofficial DeWitt reunion. We had a picnic at the park, a large fireworks display (courtesy of cousins Jason, Jana, and Paul), and attended the Gordon fireworks display at the fairgrounds as well. 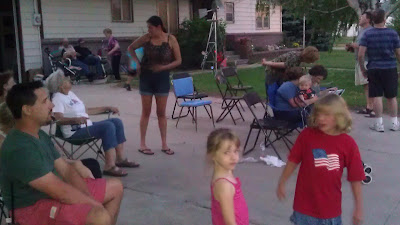 Sophie, Piper, and Riley danced with their cousins Elyse and Graham in the gazebo at the park. 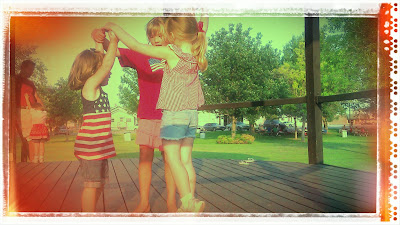 I was able to get to the old high school track to run a couple of miles on a few of our mornings. I also ran in the town's "4k on the 4th" memorial race. It was a last-minute decision to and I ended up still parking my car when the race started. Because it was small-town Gordon, I just turned off my car, left my keys on the floorboard, and took off running down the street to join the others already in progress. 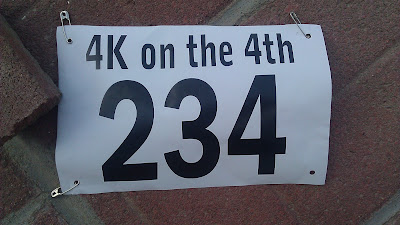 We love to ride the 4-wheelers when we visit the Hatch farm. Originally, we tried pulling the girls in a tiny trailer, but the trailer tires kept going flat. So, we unhooked the trailer and I took one girl at a time for rides on the 4-wheeler. It was fantastic. All three girls loved going fast and yelling "Wee! Wahoo! Best day ever!" 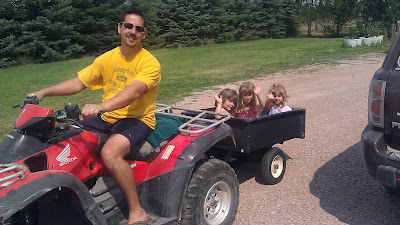 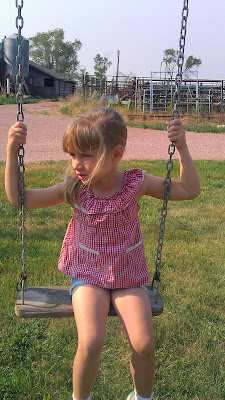 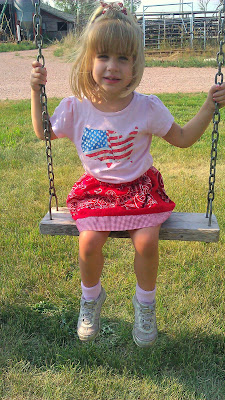 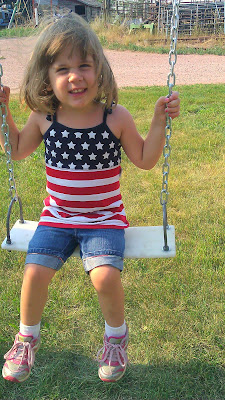 We had many other activities and visited lots of people. It was a wonderful trip.

The Hatch girls enjoyed their summer visit to their grandparents' farm.﻿ 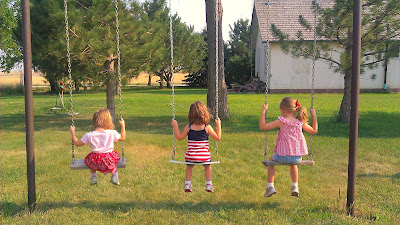